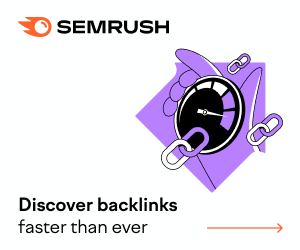 An exploration of the logo evolution of 10 famous brands, including Apple, Nike, McDonald's, and Starbucks. Trace the development of logos over time.

Looking for some inspiration when redesigning your logo?

In this article, I will show how logos evolve and change over time.

It can be subtle or drastic, but it usually reflects the growth, change, and values of the company.

Here, we explore 10 of the best, from Apple to Mercedes.

So let’s first look at the Apple logo and how it evolved over the years.

The Apple logo has undergone several changes since the company was founded in 1976 by Steve Jobs, Steve Wozniak, and Ronald Wayne.

The very first Apple logo was designed in 1976 by Ronald Wayne, one of the company's co-founders.

The original logo featured an illustration of Issac Newton sitting under an apple tree with a quote from William Wordsworth inscribed around it.

A year later, Steve Jobs declared the that logo was outdated and then employed Rob Janoff to create the iconic rainbow-colored apple with a bite taken out of it, which was used for more than 20 years.

In the late 1990s, the company unveiled a new monochrome logo with a sleek, silver apple, which was used until the introduction of the current logo in 2007.

Today, the iconic Apple logo is composed of a minimalistic silhouette of an apple with a bite taken out of it, which symbolizes knowledge, ingenuity, and innovation.

The Nike logo has come a long way since its humble beginnings in 1971, but the original company was actually founded under the name ‘Blue Ribbon Sports’ in 1964.

Then the first Nike logo featured the brand name in a script font with an outline of a swoosh behind it.

This logo was designed in 1971 by Carolyn Davidson, a graphic design student at Portland State University.

The Swoosh is a reference to the wing of the Greek goddess of Victory, Nike.

A few years later this logo was redesigned, and the name is set in a bold italicized font, with the swoosh underneath.

This iconic swoosh became so popular that it was rebranded to become the sole logo in 1995.

Since then, this is the current Nike logo and is now recognized around the world as an emblem of athleticism, speed, and quality in sporting goods.

The first Google logo featured its former name BackRub in bold red sans-serif font with capital letters B and R.

Luckily, the company’s name was changed to Google in 1997 which came from the Latin word “googol” meaning 10 to the 100th power.

The first official logo was created in 1998 featuring a transitional serif typeface called Baskerville and various colors such as green, red, yellow and blue.

In the same year, the inscription was made three-dimensional with an additional blue exclamation mark imitating the Yahoo! logo.

In 1999, the logo underwent a 2D shape change along with a new font - the Catull BQ serif font, which featured stylish solid lines and sharp serifs.

In 2009, Google updated its logo once again by removing the shadow and making the colors more vibrant and strong.

In 2013 update the logo was given a two-dimensional look and subtle changes with the letters.

The 2015 logo was developed to make the it more legible and recognizable for users especially those who are using small-screen devices.

The Starbucks logo has advanced significantly since its inauspicious origins in 1971.

Its evolution reflects the company's commitment to staying relevant and adapting to changing tastes and trends.

The first Starbucks logo was designed by Terry Heckler.

It featured a two-tailed mermaid inspired by Greek mythology, as a reference to the nautical history of Seattle.

The logo was updated to a kelly green to convey freshness and growth.

In 1992, Starbucks updated their logo to focus on their iconic siren and use a green and white palette to "inspire and nurture the human spirit".

They underwent a logo redesign in 2011, giving their iconic siren a more realistic look and altering the typeface of the company's name.

The logo has since become an iconic symbol of the company and its values, representing their commitment to quality coffee and customer service.

It is a testament to the hard work and dedication of Starbucks' designers over the years.

The Shell logo is one of the most iconic brands in the world, having undergone several transformations over its century-long history since being founded by Marcus and Samuel Shell in the early 1900s.

The original Shell logo was only a simple, monochrome doodle of a shellfish that was created in 1900.

In 1904, the original Shell logo got its first significant changes, becoming a Shell of Scallop.

In 1930, the Shell logo underwent its third makeover, becoming more symmetrical and formal.

The pattern resembled a crown more and suggested that the company dominated the oil industry.

Until the fourth redesigning in 1948, the logo added yellow and red colors to make it more vibrant and appealing to audiences.

From 1948 - 1961, there hadn't been any bold changes to their logo design, until 1971 when they came up with a more modern and minimalist design using only shapes and lines.

Today, the Shell logo remains a powerful and recognizable symbol of the company’s commitment to innovation and sustainability.

It continues to be used in Shell’s branding, advertising and corporate identity materials.

The Pepsi logo has evolved over the years, beginning with its original design in 1898.

In 1898, the company changed its name from Brad’s Drink into Pepsi-Cola.

As a result, the Pepsi logo was drastically altered to incorporate the Swirly Script font for its new brand name.

The 1906 Pepsi logo was changed to incorporate a lot of text and a spherical shape, and the typography remained broadly the same.

In 1940’s, the logo was updated into a bottlecap logo and used a blue color for the first time which stirred up patriotic emotions in the aftermath of World War II because of the combination of red, blue, and white colors.

In 1960’s, they changed the logo to make it a plain black wordmark with the Pepsi name written in a large and sans serif font above the flat bottle cap shape to convey its confidence to the world.

Then, Pepsi introduced its iconic red, white, and blue globe logo that has remained largely unchanged since its introduction.

Whether you’re drinking a can of Pepsi or just seeing the logo on a billboard, it’s impossible to miss the iconic logo and the history it represents.

The Coca-Cola logo is one of the most well-known logos in the world.

Although we are all familiar with its distinctive shape and colors, it hasn't always resembled the way it does today.

In 1885, first version of the logo was created by Frank Robinson, a bookkeeper and partner of Coca-Cola's founder John Pemberton.

In Robinson's design, the words "Coca-Cola" were written in the late 19th-century style of handwriting known as Spencerian Script.

In 1890, Coca-Cola went in a completely different direction with its “swirly” redesign.

The extra curvy Cs along with hanging musical notes gave the wordmark a fun vibe.

Since its return in 2003, the logo has served as Coca-Cola's distinctive visual representation, with a modern and straightforward style.

Today, the Coca-Cola logo has become a global symbol of refreshment and happiness.

Its evolution over the years has been a testament to the power of branding and how even a small change can make a big difference.

The Samsung logo has undergone many different stages and is highly diverse.

Starting from 1939, the business was originally founded as a food provider in South Korea.

In the 1950s and 1960s, the logo evolved to a modernized version of the original, featuring a bold red typeface and a more abstract star design.

This logo was used for several decades until 1993, when the current logo was introduced which features a rounded blue oval with the company name in white.

Through its logo evolution, Samsung has demonstrated its commitment to staying on the cutting edge of technology, while still maintaining its traditional core values.

The company’s logo continues to be a symbol of quality and innovation, and is an important part of its branding strategy.

The Volkswagen iconic logo has been a major part of its identity for the entire time.

Over the years, the Volkswagen logo has gone through several changes, each reflecting the times and the company’s growth.

The original Volkswagen logo was designed in 1938 by Franz Xaver Reimspiess.

It featured a letter “V” and a letter “W” overlapping in a circle, with a stylized swastika in the center.

This logo was used until 1945 when the company was rebranded after World War II.

In 1945, the logo was redesigned to represent a new era of Volkswagen.

The logo now featured a black and white design with a stylized “V” in the center.

This logo was used until 2000, when Volkswagen decided to switch to a more modern, contemporary look.

The modern Volkswagen logo was designed in 2000 and still remains in use today.

The Volkswagen logo has a long and storied history, and its evolution over the years has been an integral part of the brand’s success.

From the original swastika design to the modern blue and white logo, Volkswagen’s logo has been a constant reminder of the company’s commitment to quality, innovation, and excellence.

The iconic Mercedes-Benz logo has been around for nearly a century, and it has gone through some subtle changes over the years.

The logo has come to represent the brand’s commitment to quality and craftsmanship, and its evolution is an interesting glimpse into the company’s history.

From 1902 until 1909, the corporation used a badge logo, which predates the merger with Daimler-Motoren-Gesellschaft and Benz, on a black background, the firm name was printed in capital white letters.

In 1909, the iconic three-pointed star designed by Daimler himself served as the company's logo for the following few decades.

It symbolized excellence and perfection, as well as, land, water, and air.

Mercedes-Benz updated its logo in the 1930s when everything had been simplified.

The brand name and other elements are removed, all that was left was a two-dimensional, three-pointed star in a circle.

In conclusion, the logos of the 10 famous brands highlighted in this article have undergone significant evolution over the years.

From simple illustrations to more modern and sleek designs, each logo has been tailored to reflect the brand's values and mission.

These evolutions are a testament to the constant need for companies to adapt and stay relevant in an ever-changing marketplace.

These changes are indicative of the ongoing efforts of companies to stay current and relevant.

It is fascinating to observe the evolution of these logos over time and it will be intriguing to see how they continue to change in the future.