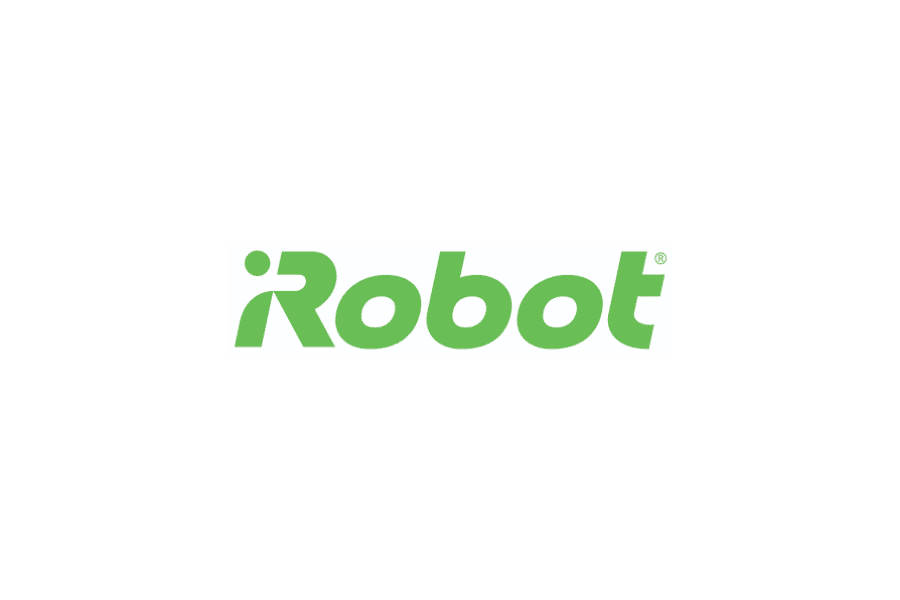 iRobot is the best robotics logo that belongs to the wordmark logo category. It's a simple design with great use of color matching. 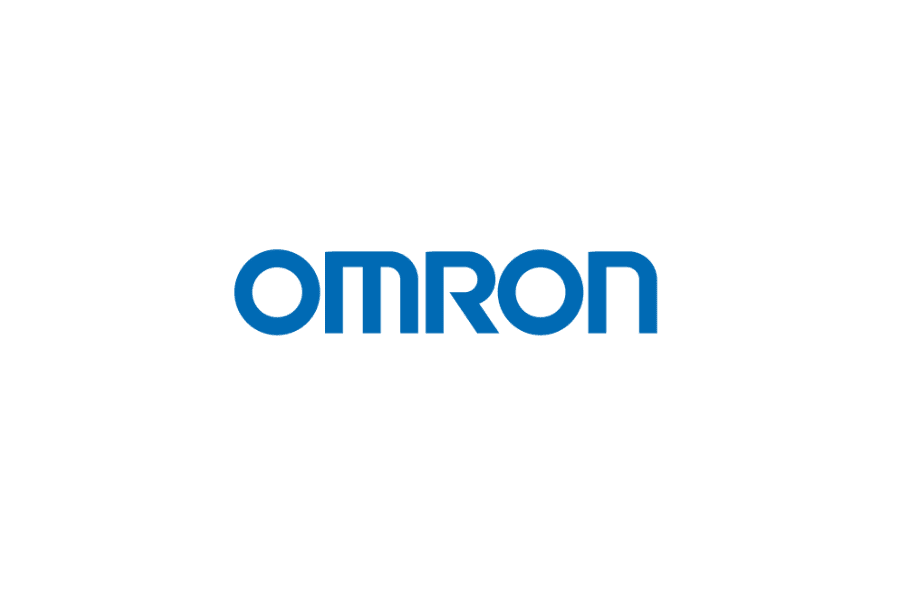 Omron is a simple yet bold robotics logo. The use of blue and white colors gives it a professional and reliable feeling. 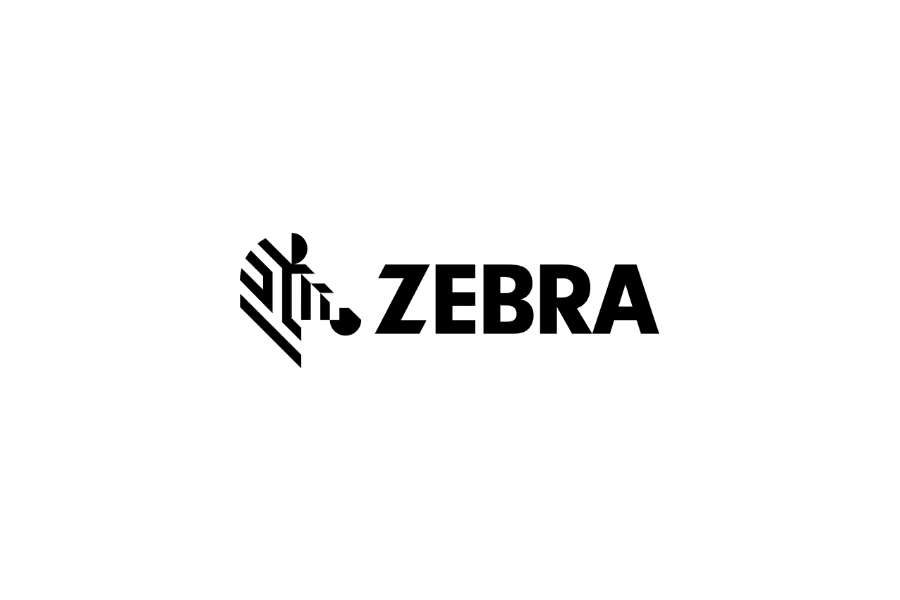 A great robotics logo that belongs to the mascot logo category. It is a unique logo with a zebra that represents harmony in life. Their main objective is to create intelligent machines that can help humans in a variety of ways.

Just like any other industry, Robotics companies also pay special attention to creating their logo, because it's the first thing people notice about their brand.

What do robotics logos mean?

Most robotics logos have hidden meanings that are significant to their robotics brand.

Robotics logos come with different shapes, emblems, objects and fonts-some of the robotic companies have simple logos while others have a bit more complex logos.

In this article, I will demonstrate the top 10 robotics logos of famous robotics companies.

iRobot is one of the most famous American technology companies that develop consumer robots.

The best robotics logo that belongs to the wordmark logo category.

The iRobot technology company was founded in 1990 by MIT roboticists.

The logo of the company contains the word “iRobot” with beautiful customizations and it was created in 2016.

It is a simple yet descriptive logo design that only comes with green and white colors.

This logo belongs to the Wordmark logo category and the font used to create the logo is unknown.

However, the official website of iRobot changed its website font from Helvetica/ Aria to Harmonia Sans in 2015.

Overall, iRobot is one of the best robotics logos out there.

Learn more about the iRobot logo

Moving on, Omron is a Japanese robot manufacturing company founded in 1933.

The logo name was inspired by Omuro, the area of Kyoto where they founded the company.

Omron is a great example of a simple yet bold robotics logo design.

They have used blue color to represent the wordmark of the logo.

Other than that, the two circles of “O” in the logo represent that they are a successful brand.

Using blue and white as the background makes the logo professional and reliable.

So, Omron is one of the best robotics logos that gives a reliable feeling when seen.

Learn more about the Omron logo

Zebra Technologies is an American computing company that speculates in manufacturing robotics products.

The company was started in 1969 as a manufacturer of electromechanical products.

The logo of Zebra Technologies has a vector of a Zebra and the word Zebra next to it.

Using black and white colors for the logo has made it eye catchy and unique.

They have used the Zebra in their logo due to its color and to represent harmony in life.

Due to its amazing design, Zebra Technologies is one of the best mascot robotics logos.

Learn more about the Zebra Technologies

The best robotics logo that represents trust and stability of the company.

Yaskawa has a great history of manufacturing and the company was founded in 1915.

Yaskawa is a simple logo design with the name of the company.

It is designed using two main colors-blue and white.

The blue color represents the trust and stability of the company.

Other than that, we can also see that the logo itself only contains capital letters.

The letters “K” and “A” in the middle of the logo are also connected to make it more eye catchy.

Yaskawa is one of the best robotics logos on my list because of its beautiful design.

Learn more about the Yaskawa logo

Fanuc is a Japanese group of companies that specialize in the production of robotics and wireless systems.

Another great example for wordmark robotics logos with a clean design.

The name Fanuc stands for Fuji Automatic Numerical Control and the company was founded in 1956.

Fanuc also has a similar logo design to the previous robotics logos.

However, red is the main color of this logo.

The designers have managed to make it a clean logo by matching the red color with a white background.

Other than that this logo has a more square-like font that represents the name of the brand.

Fanuc is also a great example of the best robotics logos out there.

Learn more about the Fanuc logo

The best robotics logo with great color matching and an image.

It was founded by the Massachusetts Institute of Technology.

Boston Dynamics logo is a bit more advanced than other usual robotics logos.

This logo consists of blue, dark blue, and white as its main colors.

The logo starts by depicting the name of the company on the left, while it has a robot facing the right side on the left.

Most people will instantly understand that this is a robotics company just by looking at its logo.

So, Boston Dynamics is another example of the best robotics logos.

Learn more about the Boston Dynamics

ABB is an automation-focused company in Zurich, Switzerland.

The best example for a instantly recognizable robotics logo.

It was founded in 1988 and has come a long way in its journey.

Their logo consists of the same letters as their brand name and it only has two colors-red and white.

Once you have a look at this logo, it's almost impossible to not recognize it again.

Sans Serif is the font used to create this logo.

Other than that, the ABB logo also has white crosses across each letter.

It's more like a puzzle for kids and it represents the energy and influence of the company.

So, ABB is a great robotics logo with an unforgettable design.

Learn more about the ABB logo

Denso is an automotive manufacturing company based in Japan.

Another great example for a wordmark logo that represents the values of the company.

The company was established in 1949 and about 25% of the company is owned by Toyota.

Denso also uses its name without any images in its logo.

Red and white are the only colors that we can see in this logo.

These colors are used to represent that the company values innovations and dynamics.

Additionally, they have used the sans-serif typeface to emphasize the company’s name in their logo.

Having an Italic font is a unique feature of the Denso logo which we haven’t seen in most other robotics logos.

Overall, Denso is one of the best robotics logos that represent the values of the company.

Learn more about the Denso logo

Midea Group is a Chinese robot manufacturing company based in Beijiao, China.

The logo designers have taken a great approach to create this logo.

The Midea Group logo consists of the brand name and two tails on the left.

It has light blue and white colors that represent the brand's leading position in the market.

The Midea logo has a fresh and innovative logo design.

Other than that, this logo has a custom bold typeface with rounded “d”, “e” and “a” and straight “i” letters.

Midea group is one of the best robotics logos that represent the brand's power and dynamics.

Learn more about the Midea logo

Staubli is a mechatronics company that specialized in robotics, textile machinery, and connectors.

The best robotics logo with a Unique design.

This company was founded in 1892 and is located in Switzerland.

Staubli has taken a unique approach to creating its logo.

It uses ash as its main color in the logo, which is not commonly used in other famous robotics companies.

Other than that the logo also has an Italic font in it.

We can also see two dots above the letter “A” in this logo.

Using the letter “S” larger than the other letters is also a special fact about this logo.

Overall it is a great logo that suits a brand with a long history.

Just like any other company, robotics companies also pay special attention to creating their logo designs.

Also, check out this image that illustrates some other robotics logos.

There are a lot of robotics companies around the world that specialize in various aspects of robotics.

Each and every one of them has unique logo designs that are simple, memorable, relevant, and versatile.

If you want to create a logo for your robotics company, it's better if you hire an experienced logo designer.

However, if you don’t have a budget, you can check out my article where I wrote about the 15+ free logo makers.

And, if you are looking for a professional logo designer—Just Shoot me an email.