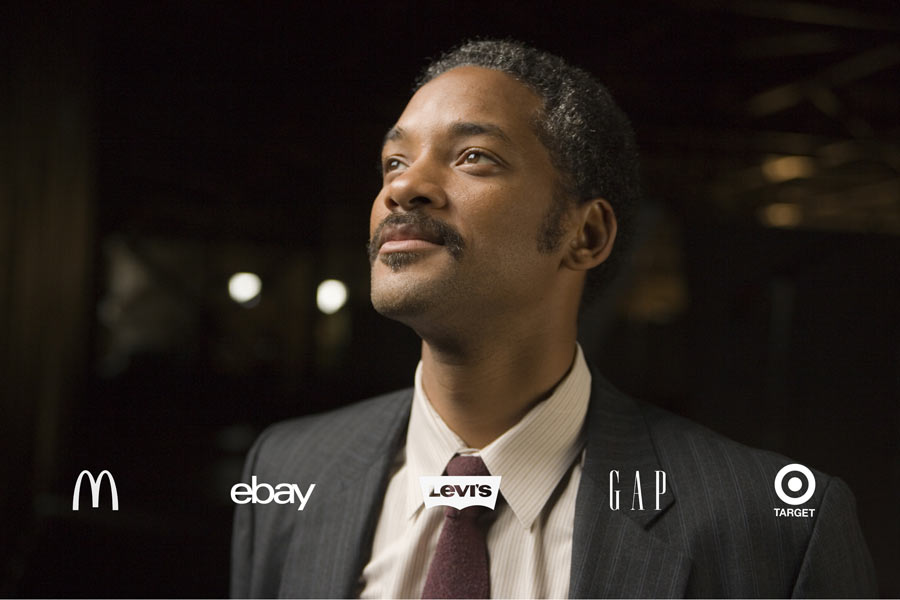 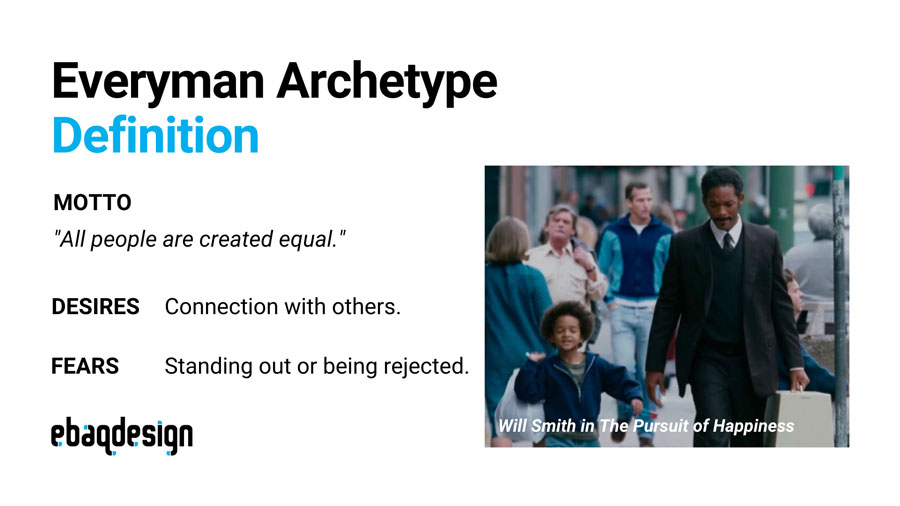 Everyman archetype’s motto is: “All people are created equal”. It serves as an example of the benefits of being a regular person who is just like everyone else. 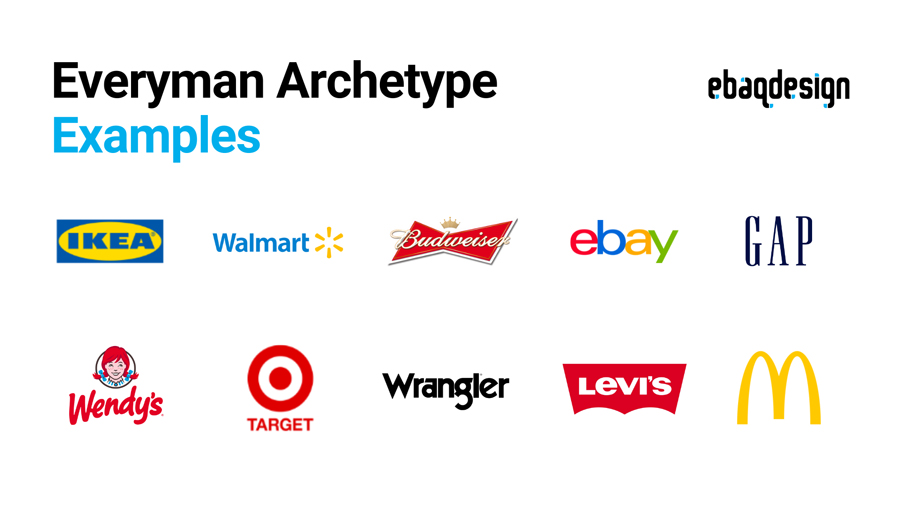 What are Everyman examples? If you wish to incorporate the Everyman archetype in your brand strategy, here are the brands to consider as examples. 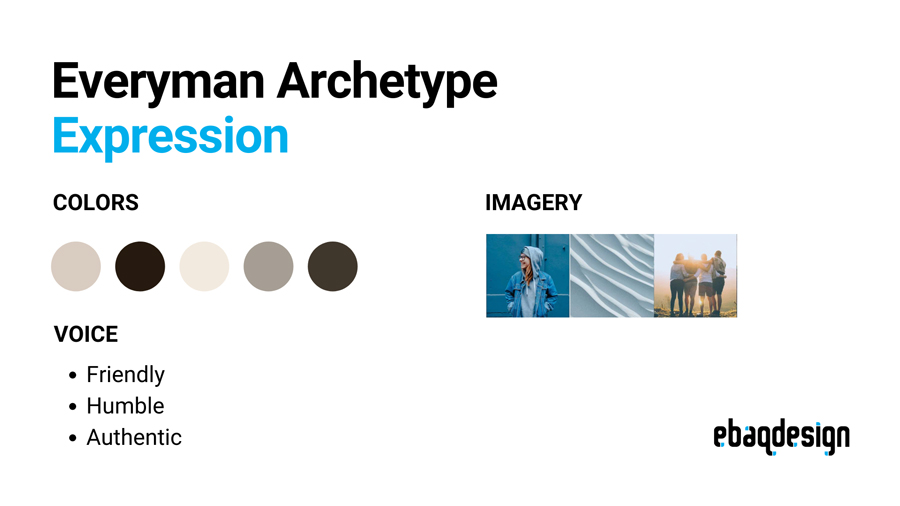 Everyman brands use friendly, humble, and authentic tones of voice. They promote themselves by standing up for fairness, excellence, and respectful communication. If you want to incorporate the Everyman archetype into your brand strategy, check out these 10 examples of Everyman brands.

In this article, I will show you 10 examples of how to use the Everyman archetype in branding.

We will discuss the Everyman archetype and its traits and characteristics.

And I will describe what they do in terms of the expression.

What kind of voice, message, colors, fonts, and imagery do they use to express that persona?

We will also talk about some of the best use-case scenarios for using the Everyman Archetype.

Moreover, I will show you how the Everyman archetype fits into the overall archetypal framework.

We’ve got 12 main archetypes, but there are actually 60 archetypes in total.

So, the Everyman archetype family consists of: the Citizen, the Advocate, the Servant, and the Networker.

The Everyman demonstrates the virtues of simply being an ordinary person, just like others.

Everyman archetype’s motto is: “All people are created equal”.

The Everyman is also known as the regular guy or gal, the common man, or the citizen next door.

In film, this archetype is probably best presented by Will Smith in The Pursuit of Happiness.

Even if they are wealthy, they dress in ordinary clothes and are easily turned off by elitism in any form.

The Everyman accepts everyone and sees belonging to a group as a necessary part of daily life.

These brands are frequently low-cost, inclusive, and aimed at the general public rather than a specific group.

They are perceived as empathic and understanding on an emotional level, which is critical for connecting with customers.

Every man’s core desire is to connect with others and just simply "to belong".

Everyman brands value the regular and uncomplicated pleasures of life, and they value things like common sense, sincerity, and hard work.

They also usually fear standing out or doing anything that could lead to rejection.

Let me now give you some examples of how to use the Everyman archetype in branding.

What are some well-known examples of the Everyman archetype?

These are the best examples of brands that you can use if you want to use the Everyman archetype in your brand strategy.

IKEA is the perfect example of an Everyman brand.

IKEA has done an excellent job of building an image because they provide everyday furniture and products for the average person.

It is a go-to store for economical and functional things that everyone needs.

Even their slogan, "creating a better everyday life for many people", perfectly embodies the Everyman archetype.

The second example is Target, which is a general retailer.

This brand also sells things that are cheap, inclusive, and not aimed at a specific group of people.

Their slogan is "Expect more. Pay less", which exemplifies what Everyman values.

Target is a great example of the Everyman archetype because they offer affordable products for all types of people, thus the brand shows inclusivity for all.

Wal-Mart is yet another example of a brand adopting the Everyman archetype.

Wal-Mart worked hard to establish itself as the average person's one-stop shop.

Their philosophy of housing almost every product imaginable under one roof was a new concept at the time.

A good value solution for your everyday needs speaks highly of the Everyman archetype.

They clearly connect with every man and woman with their slogan "Save money. Live better".

Another example is Budweiser, which has become one of the best-selling beers in the United States.

Budweiser's communication strategy is centered on the Everyman character.

This brand constantly emphasizes the simple pleasure of drinking a beer, and they are fans of everyday pleasures.

eBay is a global e-commerce company that allows individuals and businesses to buy and sell goods online.

With a tagline "connecting buyers and sellers globally", this brand is dedicated to giving people the convenience of online transactions.

Everyday characteristics such as family, teamwork, and opportunity are also embedded in the company's values.

The next example is Gap, which is a worldwide clothing retail company.

They are known to connect with their target customers—which is a main characteristic of the average person.

The brand believes they are the champions of the industry and pioneers of inclusivity.

McDonald’s is a fast food chain with over 35,000 locations in over 100 countries.

The brand emphasizes delivering a message of simpler pleasures, smiles, and togetherness.

And it helped them become one of the world's leading fast-food chains.

The fact that the company adjusts its menu to local tastes makes them a perfect example of the Everyman archetype.

Levi’s depicts the entire phenomenon of the Everyman archetype.

With jeans, Levi's provides an average style and daily look.

Their idea is founded on blue jeans and photographs of everyday activities.

Wrangler is an American manufacturer of jeans and other clothing items, particularly workwear.

They embody the characteristics of the Everyman personality in their brand image.

It is now considered one of the best known and trusted brands.

And last but not least, is Wendy’s, a fast-food chain known for its square hamburgers, sea salt fries, and ice cream.

Wendy’s presents itself as “being the quality leader in everything we do”.

Their commitment to tonality and individuality makes the brand an authentic trailblazer.

The brand is a driver of consistent growth in a competitive environment, which is a great example of an everyman archetype.

Now that you’ve got some examples of Everyman brands, let me summarize how the Everyman archetype might be expressed in branding.

Everyman brands use friendly, humble, and authentic tones of voice.

Everyman brands usually market themselves by advocating for equality, quality, and communicating in a healthy manner.

Promising fairness and trust-building elements are another means of communication.

The message is often about truth-seeking, providing expertise, research, and showcasing diligence.

Their tone of voice is always warm and down to earth.

By doing so, they’re making their customers feel like they belong.

This is how these brands try to help customers—they offer practical and useful solutions that address a basic need like Target.

Therefore, the culture within an Everyman brand will be solely focused on being extraordinary.

There may be a lot of innovation and change, but there is definitely a strong emphasis on getting things right over and over again with little room for error.

The Everyman archetype, in general, provides a good identity for brands and helps people belong or feel like they belong.

The Everyman archetype is best for everyday apparel, home, family, and others.

They often have functions associated with positive, colloquial messaging.

The Everyman archetype could be a good fit for businesses that want to take a more primitive approach to things and are less sophisticated in their ways.

In summary, the Everyman brand archetype is realistic and straightforward.

Culture is oriented towards giving the best value at a fair price.

Everyman brands are conscious and intelligent, and they do not want to stand out too much or feel left out.

The Everyman brand would do well in industries that involve everyday apparel, home and family life, automotive family segment, and comfort food.

But there are also 4 sub-archetypes for each, so the Everyman archetype is like the representative of this family.

You can also go deeper and explore other archetypes within the Everyman family.

The difference between the Everyman and other archetypes is that the top-level archetypes share more in common with other family members.

That is why they function as a unifying thread among each family member.

It’s like you have your own personality, and you may have a lot in common with your parents.

So here are the other four Everyman Archetypes:

Even though I won't go into detail about those sub-categories, at least you have some examples to help you figure it out for yourself.

And if you want to learn more, I recommend these two books:

Lastly, please check out my Brand Strategy Guide, where I explain how to use archetypes to develop a comprehensive brand strategy.