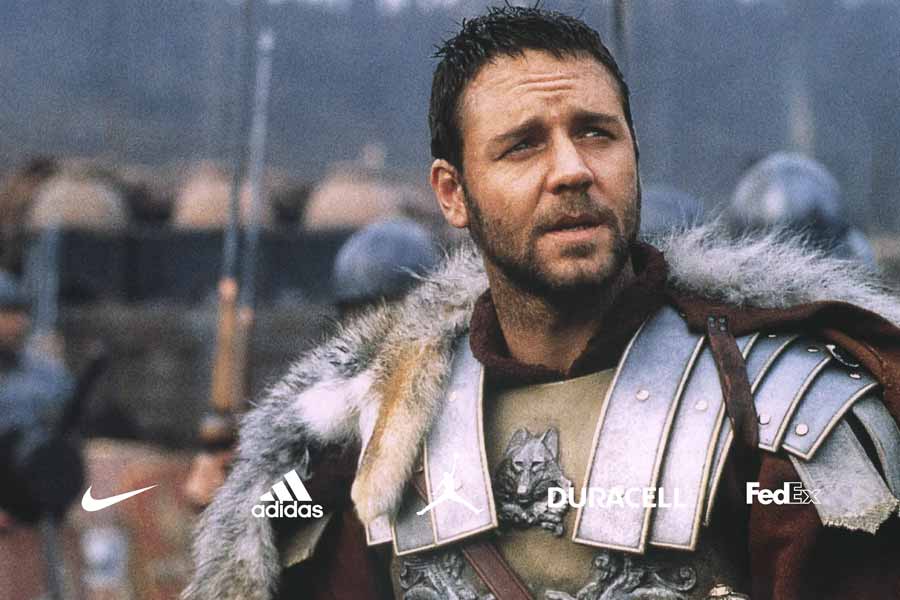 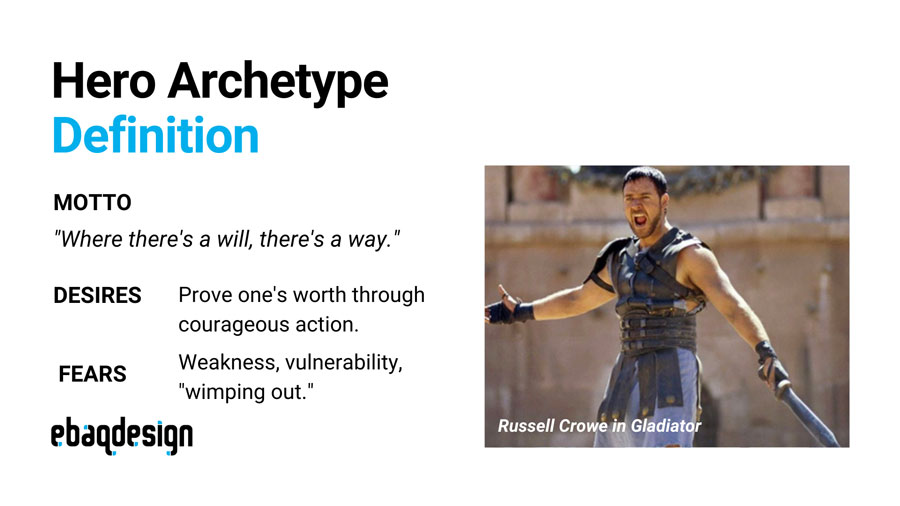 The Hero archetype's motto is: “Where there's a will, there's a way”. He wants to make the world a better place. 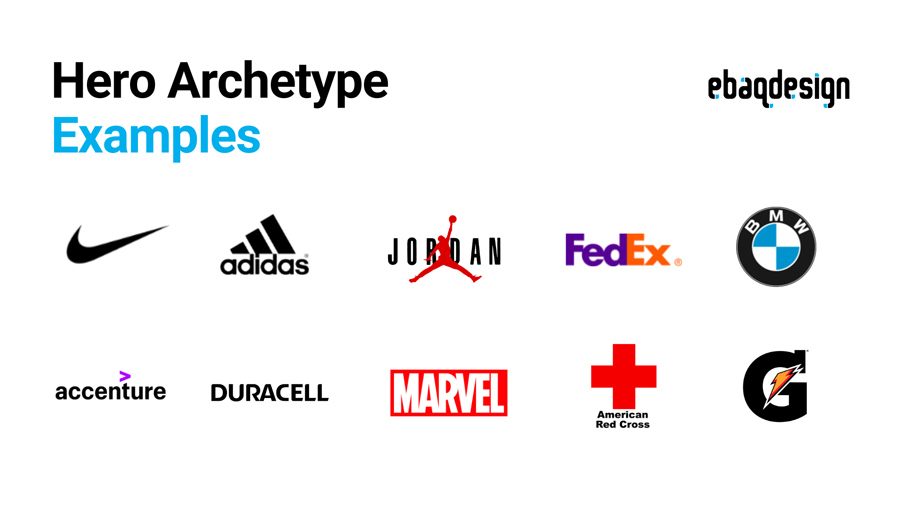 What are some examples of the Hero archetype? If you want to include the Hero into your brand strategy, these are the ideal examples. 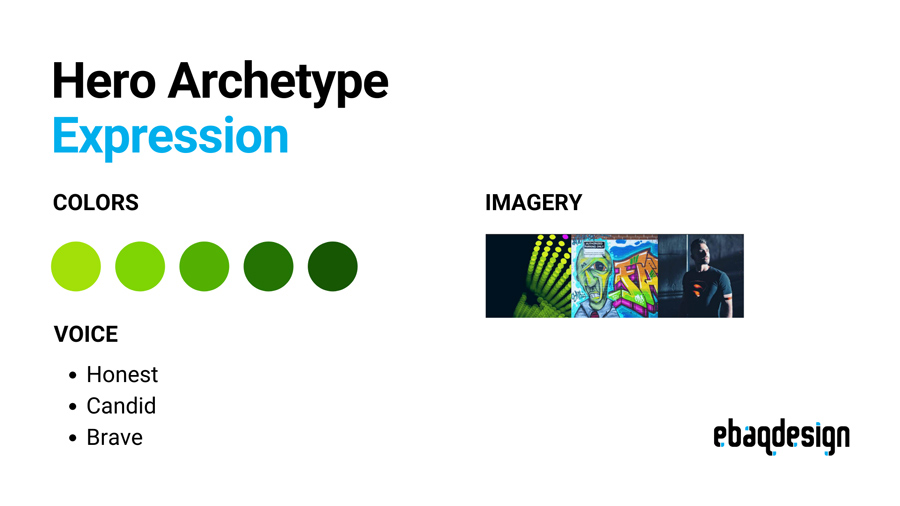 Hero brands use honest, candid, and brave tone of voice. They are related mainly to courage, grit, and superior goods. Check out this article and learn how to incorporate the Hero archetype into your brand strategy.

In this article, I will show you 10 examples of using the Hero archetype in branding.

First, we will discuss the Hero archetype and its traits and characteristics.

Then I will give you concrete examples of the Hero brands in real life, and I will describe what they do in terms of the expression.

What kind of voice, message, colors, and imagery are used to express that persona?

We will also talk about some of the best use-case scenarios for using the Hero Archetype.

Furthermore, I will demonstrate how the Hero archetype fits into the overall archetypal framework.

We have 12 main archetypes, but there are actually 60 archetypes in total.

The Hero archetype family is consists of: the Warrior, the Athlete, the Rescuer, and the Liberator.

When everything appears to be lost, the Hero rides over the hill and saves the day.

The Hero archetype's motto is: “Where there's a will, there's a way”.

The Hero wants to make the world a better place.

In film, no character that personifies the Hero better than Russell Crowe in Gladiator.

He was a high-ranking general who led multiple Roman armies and won many battles.

In every story, the Hero triumphs over evil, adversity, or a major challenge, inspiring a large number of people in the process.

They frequently become advocates for people who are less powerful because they are strong, brave, audacious, and disciplined.

When things get tough, their desire to dig in and work inspires everyone around them.

The Hero dislikes being weak, vulnerable, and cowardly because it does not allow them to demonstrate their skills.

They may overcompensate for flaws by becoming authoritarian or seeking a fight.

But, at their core, heroes will demonstrate their worth through brave acts and mastery that can benefit the world.

They are built on the "wow" factor generated by both their marketing efforts and their product or service.

Let me now give you some examples of how to use the Hero archetype in branding.

What are some well-known examples of the Hero archetype?

These are the best examples of brands that you can use if you want to use the Hero archetype in your brand strategy.

Nike is the perfect example of a Hero brand.

Their iconic motto, "Just Do It", embodies the Hero archetype so well.

They stand out when it comes to adopting and committing to a persona.

The company regularly generates bold and distinctive products, and it maintains an inspiring brand voice that encourages its customers to be fearless and daring.

The second example is Adidas, which is the world's second-largest sportswear manufacturer after Nike.

Adidas claims that their brand positioning is at the tip of their spear, as seen on new products and with the world's best athletes, teams, and events.

Every product that Adidas develops helps a lot of people to play harder, smarter, or for longer periods of time.

They simply put the Hero archetype’s techniques into action.

FedEx is another, very different example of a brand that has adopted the Hero archetype.

They are multinational corporations that specialize in transportation, e-commerce, and services.

This company recognizes the bravery of their true "heroes"—their delivery people—so the Hero archetype is a natural fit.

With their slogan "The world on time," they position themselves as a brand whose strength is in moving fearlessly.

They must overcome obstacles and barriers that attempt to prevent them from carrying out their duties.

Another example is BMW, which manufactures luxury vehicles and motorcycles.

When you look at a BMW, you can tell it was designed with care, built to strict standards and manufactured using high-quality materials.

They constantly challenge themselves and their customers to do, be, and appear their best, as evidenced by their brand messaging.

They are not afraid to compete with their main rival, Mercedes.

Duracell is the world’s most popular alkaline battery brand.

This brand was the first to market batteries using the Hero archetype.

You can take a look at their messaging to discover how you might position yourself as a Hero brand.

The Red Cross is a higher-level example of the Rescuer sub-archetype.

They provide disaster relief and emergency response to those in need.

Their 2015 year-in-review video combines an upbeat audio track with moving images of those affected by a disaster as well as those assisting them.

Marvel Comics is a media and entertainment firm that is recognized as one of the "big two" publishers in the comic book industry.

Any number of Marvel Comics characters can play the Hero role — it may be fictitious, but many people were inspired.

The brand emphasizes its status as a symbol of bravery.

This ensures that they stayed true to their brand personality and established a presence that people grew to appreciate.

Accenture is another example of a Hero archetype.

This company is a global professional services firm that specializes in information technology services and consulting.

They have launched a broad marketing campaign and a new company purpose aimed at embracing change, with the tagline "Let there be change."

Air Jordan’s success is due to the fact that it offers a level of exclusivity that is unrivaled by other footwear of its kind.

Originally focusing on basketball shoes, the company has since expanded its product line to include a wide range of ready-to-wear and leisure apparel.

This brand has grown so quickly into a huge success that it has surpassed the star it was inspired by.

And last but not least, is Gatorade, a sports-themed beverage and food product brand.

Their tagline is "When you give everything, Gatorade gives it back".

The Gatorade brand is the embodiment of the Hero archetype.

They encourage their audience to become stronger and better so they can perform at their best.

Now that you've seen some Hero brands, let me explain how the Hero archetype can be expressed in branding.

Hero brands use honest, candid, and brave tone of voice.

Hero brands are typically associated with bravery, strength, and a high-quality product.

They recommend cultivating mastery and competence as another means of communication.

The message is frequently about having the courage and expertise to make a significant difference in the world.

Their tone of voice is always about proving yourself and making people feel like they're in a race.

As a result, they leave their customers feeling confident and strong.

These brands aim to solve problems and inspire people to have big dreams and work harder.

Images with warriors or inspirational messages are also commonly used.

As a result, the culture of a Hero brand is centered on assisting their customers in becoming a better version of themselves.

Heroes want to live up to their dreams because they know it will push them to take on new challenges.

They are motivated by the possibility of success and the gratification that comes with it.

In general, the Hero archetype is a good identity for brands that are bold and unafraid to face any challenges that may arise.

Hero archetype is best for sportswear, outdoor activities, and equipment.

These brands may be associated with characteristics such as endurance, strength, fearlessness, and discipline.

They may be in charge of developing a new product or service that will have a significant impact on the world.

The Hero brands are usually reasonably priced; these are products ranging from low to high in price.

The Hero archetype may be a good fit for businesses that encourage employees to grow and perform at their best.

In summary, the Hero brand archetype is powerful, bold, and trustworthy.

They don't want to appear arrogant and vulnerable, so they fight for what is right and regard themselves as honorable citizens and the bully's adversaries.

The Hero brand would do well in industries that involve sportswear, outdoor activities, and equipment.

The Hero archetype family includes the Warrior, the Athlete, the Rescuer, and the Liberator.

But there are also 4 sub-archetypes for each, so the Hero Archetype is like the representative of this family.

You can also go deeper and explore other archetypes within the Hero family.

The difference between the Hero and other archetypes is that the top-level archetypes share more in common with other family members.

That’s why they function as a unifying thread among each family member.

It’s like you have your own personality, and you may have a lot in common with your parents.

So here are the other four Hero Archetypes:

Even though I will not go deeper into explaining those sub-categories, at least you have some examples so that you can figure it out for yourself.

And if you want to learn more, I recommend these two books:

Lastly, please check out my Brand Strategy Guide, where I explain how to use archetypes to develop a comprehensive brand strategy.