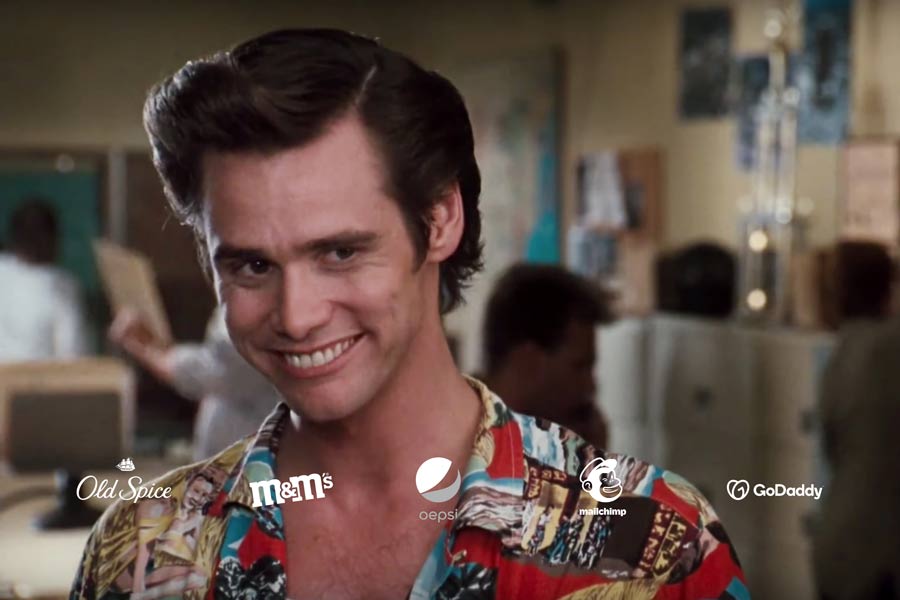 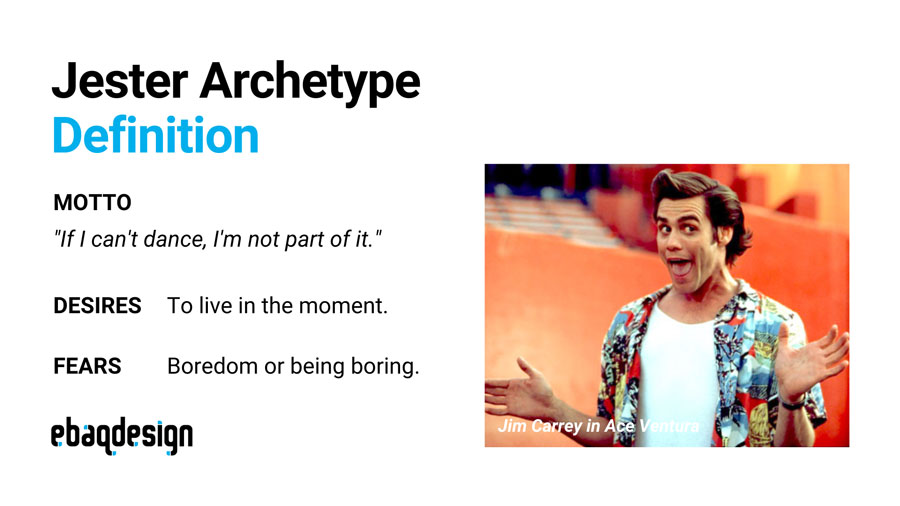 The Jester archetype’s motto is: “If I can’t dance, I don’t want to be part of your revolution“. It's all about living in the present moment. 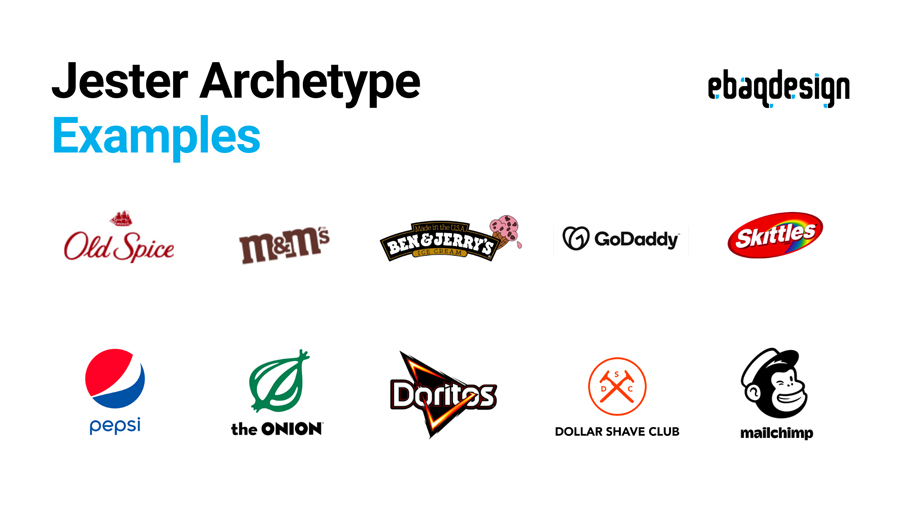 What are Jester examples? If you want to incorporate it into your brand strategy, these are the ideal examples of brands to use. 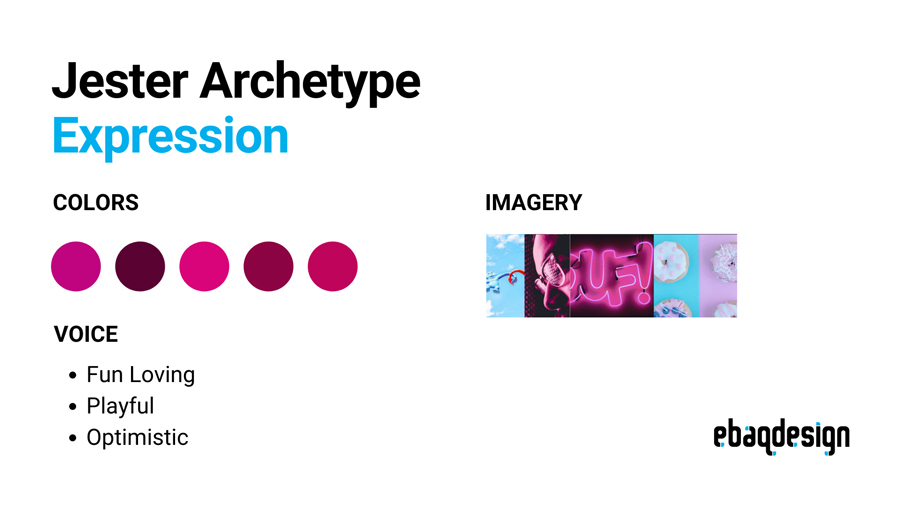 Jester brands use fun, playful, and optimistic tone of voice. They are frequently related to joy, happiness, insight, and optimism. These 10 Jester branding examples are for those who want to incorporate the Jester archetype into their brand strategy.

In this article, I will show you 10 examples of how to use the Jester archetype in branding.

We will discuss the Jester archetype and its traits and characteristics.

Then I will give you concrete examples of the Jester brands in real life, and I will describe what they do in terms of the expression.

What kind of voice, message, colors, fonts, and imagery do they use to express that persona?

We will also talk about some of the best use case scenarios for using the Jester Archetype.

Furthermore, I will demonstrate how the Jester archetype fits into the larger archetypal framework.

We have 12 main archetypes, but there are actually 60 archetypes in total.

The Jester archetype family is consists of: the Entertainer, the Clown, the Provocateur, and the Shapeshifter.

The Jester is one of the primary archetypes that is all about having fun and living in the present moment.

The Jester archetype’s motto is: “If I can’t dance, I don’t want to be part of your revolution“.

In film, no character personifies the Jester more than Jim Carrey's Ace Ventura.

He is an optimist who sees the good in every situation.

Jesters are young at heart, and they never seem to mature or become serious.

They encourage impulsive and unrestrained actions by bringing out the fun qualities of the inner child.

Jesters enjoy attracting attention and encouraging others to laugh along with them.

They have the capacity to defuse situations with their quick wit and sense of humor.

This archetype lives in the present moment, frequently using comedy to win others' hearts.

The Jester’s core desire is to live in the moment and with full enjoyment.

Jester brands aim to promote good times and make their target audience laugh, and they are afraid of boredom or loneliness.

Let me now give you some examples of how to use the Jester archetype in branding.

What are some well-known examples of the Jester archetype?

These are the best examples of brands that you can use if you want to use the Jester archetype in your brand strategy.

M & M’s are the perfect example of a Jester brand.

They embody the jester brand because their advertisements are full of fun, joy, and happiness.

Their characters consistently make us laugh and brighten our days, keeping the brand at the top of their category.

By including humor in its candy characters, M&M's was able to make light of something unhealthy—candy.

Old Spice shifted their focus through their personalities.

They retained their manly features while adding a healthy dose of humor, and they now appeal to younger people.

Their "The Man Your Man Could Smell" campaign is considered a masterclass in advertising humor.

GoDaddy is yet another, very different example of a brand that has adopted the Jester archetype.

It's an unusual name for a company that started out as a domain registrar.

With its slogan, "Make your own way", perpetuates the notion that companies exist to make webmasters happy.

They want to demonstrate that even the most mundane backend management tasks can be enjoyable and interesting.

Another example is Skittles, which are rainbow fruit-flavored button-shaped candies with firm sugar shells.

If you visit the Skittles website, you will notice that they are the embodiment of the Jester.

The goal of Skittles is to delight its customers and inspire them to be carefree and have fun in their own world of color, fun, and mischief.

And their slogan, "Taste The Rainbow," is a natural Jester archetype.

The Onion is a satirical news website that presents current events from the perspective of the silly.

While retaining an unsettling undercurrent of truth, The Onion demonstrates that it is not afraid to comment on any news.

With controversial themes or reporting style, they frequently cross the line of political correctness.

Next is Doritos, which is an American brand of flavored tortilla chips.

However, Doritos did not become a household name solely because of its product.

One of the main reasons people associate the brand with fun and good times is due to its amusing advertisements.

Dollar Shave Club is a brand that mails customers' razors and other personal grooming supplies.

The company made a big splash in the male grooming sector.

DSC is the perfect example of how the Jester archetype can help even the smallest businesses.

They competed with giants like Gillette by releasing a hilarious video that received 3 million views in just a few days.

MailChimp is a marketing automation platform and email marketing service that allows businesses to manage their mailing lists.

Rather than creating a straightforward, business-toned marketing campaign software, they believe in this;

“Belief in life and in email has always been that approaching things with a sense of humor makes them more fun".

Pepsi is a well-known example of a Jester brand—they are all about fun.

Pepsi’s official brand statement, "almost 100 years of fun and refreshment" makes it clear that the company lives and breathes the Jester archetype.

The playful nature of their marketing can also be observed on their packaging, which incorporates emoticons and social media references such as hashtags.

And last but not least, is Ben & Jerry's, which is a manufacturer of ice cream, frozen yogurt, and sorbet.

For this brand, life is all about happiness and ice cream, and their tagline is "Peace, love, and ice cream".

And the names of their ice cream make you smile: Boom Chocolata, Scotchy Scotch Scotch, Coffee Coffee, and BuzzBuzzBuzz.

Now that you've seen some Jester brands, let me summarize how the Jester archetype can be expressed through branding.

Jester brands use fun, playful, and optimistic tone of voice.

They have a fun-loving and laid-back company culture.

The message is frequently about connecting with the target audience through laughter and happiness.

Their tone of voice is always enthusiastic, lively, and comical.

And by doing so, they make their consumers feeling happy and fascinated.

These brands, like The New York Times, aim to make customers feel playful and entertained while also encouraging them to enjoy life.

They make people feel like they're having fun and being spontaneous by using bright colors and pictures with a lot of movement like CNN or BBC.

Common image subjects include things like: people having fun or bright-colored things.

The culture within a Jester brand is always about having a good time while also brightening the world.

Jester brands develop their own ways of doing things.

As a result of their out-of-the-box thinking, the culture is very innovative in many ways.

In general, the Jester archetype provides a good identity for brands that help people have a good time.

The Jester archetype is best for confectionery, children, beer, and men’s care.

The Jester brands are usually priced depending on the industry—these are usually low- to high-priced products.

The Jester archetype might be a good option for those businesses that encourage people to live in the moment, enjoy life, and have a cheerful culture.

In general, the Jester brand archetype is light-hearted and has a positive outlook on life.

Culture is oriented towards being witty and quirky to help people view things differently.

Jester brands are not scared to break the rules or be politically incorrect, and they are experts at brainstorming, reframing ideas, and presenting new points of view.

The Jester brand would do well in industries that involve entertainment, men’s care, alcohol, confectionery, and beer brands.

The Jester archetype family is consists of: Entertainer, Clown, Provocateur, and Shapeshifter.

But there are also 4 sub-archetypes for each, so the Jester Archetype is like the representative of this family.

You can also go deeper and explore other archetypes within the Jester family.

The difference between the Jester and other archetypes is that the top-level archetypes share more in common with other family members.

That is why they function as a unifying thread among each family member.

It's as if you have your own personality, and you may share many traits with your parents.

So here are the other four Jester Archetypes:

Even though I won't go into detail about those sub-categories, at least you have some examples to help you figure it out for yourself.

And if you want to learn more — I recommend these two books:

Lastly, please check out my Brand Strategy Guide, where I explain how to create a comprehensive brand strategy using archetypes.